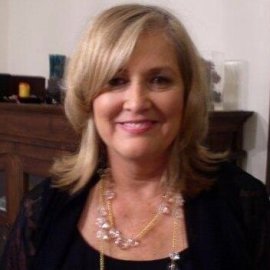 There have been so many fans of American Odyssey on Twitter in a short time. Did you ever expect all the support and love you get there?

No, I did not expect such loyal fans, but I am new to Twitter.

How was working with Peter Horton and Adam Armus?

Been working with Adam for 20 years! Peter brought the additional skill of being a director!

Who has gotten the great idea to create an outstanding series? Where do you get the inspiration?

The idea came from Simon Maxwell a lovely Brit, who at the time was with Red Arrow.

If you wouldn't be a part of American Odyssey would you watch it?

Yes, indeed! That was the goal: to make a series that we would want to watch!

Do you think what's happening in American Odyssey could be happen in real life?

We took our inspiration from the headlines and a great deal of research. So, some of it is happening, right now.

What's your most favorite part of filming the series?

What's your favorite episode so far of American Odyssey?

Favorite episode would be 11 where Odelle trips out in the desert.

What are you doing next to American Odyssey?

Adam and I are working on Heroes Newborn, just consulting.

Did you expect the overloading support by the fans of American Odyssey AFTER the show has been cancelled?

No, our Fans are the BEST!!! Fans are so dedicated, enthuiastic and amazing!

If you have to play a role in American Odyssey which one would it be?

To speak for myself, I am german, what makes the series so interesting for other countries after it's very american?

The show is designed to be international. If we had a season 2 Peter Decker would have been on the run, possibly in So America!

(First answer: You are GERMAN. Do you live in the U.S? You should be answering?;)