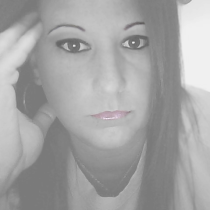 Can you tell us a little bit about yourself?

What can I tell you.  Hmm.  I'm happily married to my husband Michael, and we have been together for almost 20 years now.  We have four beautiful children.  I'm an Aquarius whose favorite color is green.  If I could do one thing to do for the rest of my life, it would be to write.  It has to be one of the most freeing and liberating experiences in the world.  I absolutely love it.  Music is my second greatest passion, and I can’t live without it.  I actually prefer it to television.  Oh, and the three things I always seem to have on me are lotion, lip gloss and gum.  How’s that?  LOL

How does it feel to work for Peter Facinelli?

It's amazing. He really broke the stereotypical image for me when it comes to celebrity behavior.  He's so down to earth, and really puts himself out there for the fans.  I wish more celebrities would take a page out of his 'fan' handbook.  Anyone that has the chance to experience his kind nature in person should consider themselves lucky.  He truly is one of a kind.

How do you manage to separate being a Fan and work?

I was a huge fan of Peter myself, particularly when it came to the TV series Fastlane.  I remember the first time we spoke on the phone all I could hear was Van's voice.  For the first few minutes, I know somewhere in the back of my mind I was thinking…it’s Van!  After we got to talking more often and we got to hang out at his appearances, he lost that 'celeb' status in my eyes.  He wasn't this 'personality' anymore.  He was just another friend who had a really cool job.  I tease him just like I do any of my other friends.  I'll text him random stuff out of the blue, and he'll fire something just as witty right back at me.  There’s really a lot more to him than people realize.  Believe it or not, every once in a while he still surprises me.

You are the author of the story called 'Something To Believe In' can you tell us a little bit about?

It's the coming of age story for a 21 year old dancer named Michelle Gianetti.  She is a vulnerable young woman who is on the verge of the biggest break in her life and career.  She has a true and honest heart, and tries to find the good in each individual, no matter how atrocious their outer core may be.  Unfortunately her ability at surrounding herself with men who have flawed impressions of what a loving relationship should encompass leads her into a cycle of violence that seems to be unending.  Michelle becomes entangled in a web of seduction, love, and lies, which leads her to the ultimate battle of survival between two men who are almost as equally capable of loving her as they are at tearing her and her world apart.  The story covers the issue of relationship violence and drug use with raw and open dialogue, and I made sure not to sugar coat any of the content in here so that it gave an accurate description to the physical and psychological effects an individual suffers after dealing with relationship violence, and the recurring cycle that becomes hard, if not impossible to break.  In short, 'Something To Believe In' is a powerful story of innocence, young love and its destructive aftermath; a not-so-pretty tale of the American dream gone horribly wrong.

What gave you the Inspiration to write the 'STBI' stories?

When I started writing back in 2003, I was still struggling with stuff that had happened in my past.  Most notably an abusive relationship I was in when I was 18 yrs old.  It was a relationship that if left to continue on for much longer, could have turned out very differently, and I wouldn't be here answering this question right now.

Anyway, in a last ditch effort to find closure and make sense out of it all, I started writing a fiction in which I had control over what was going on.  The more I wrote, the better I felt, so I continued.  I let a friend of mine read it one day, and she was really touched by it.  She asked if she could post it on her website, and although reluctant, I let her.  After receiving a ton of emails from other girls who has been in similar situations, I realized my story was doing more than helping myself.  It was helping others.  It was about a month later that I realized I wanted to bring my story to a wider audience, and that decision resulted in me designing the 'It's a Thin Line' website, which now hosts the 'in progress' work some of you know as the 'Something to Believe In' story.  I’ve very proud of this piece of literature, and have recently undertaken the task of doing some rewrites in preparation for it’s possible trip to a publishing house.

How long does it take to create a full website?

It depends on the type of website, and what kind of content is going on there.  It can range from a few weeks, to a few months.  Every website is different.

What was your most exciting/difficult project?

I'm pretty sure my most exciting project is yet to come.  Stay tuned.

How long does it take as webmaster to hold a website up to date continuously?

More time than you think. On average, Peter has several press articles hitting the web every day. The hard part is sorting through them all to see what is worth posting, and what is just reworded material from another source.  Another thing fans may not know, is that not everything that hits the internet should be posted to the official website.  Fansites have a different approach to content than we do.  We have to limit our content to the most relevant information out there.  That said, look for Peter-Facinelli.com to hopefully be switching gears this spring.  The site will have an entire new look, and will hopefully bring his fan base even closer together.  And don't worry, yours truly will be right in the mix with you.

If you had the chance which city would you like to visit? Paris? Berlin? Hong Kong? Sydney? Rio de Janeiro?

I would initially say Sydney, but I'm dying to go meet Anais (@bsbdu92) and deliver her some American Fanta, so it could be Paris.  I'll have to get back to you on that one.

If you had to be a man for one day who would you like to be?

Really had a hard time with this one, because I'd never want to be a man. If I have to pick someone though, I'm going to have some fun with this question and say Sauli Koskinen. Are you Googling him now?  I bet you are.

For what reason are you doing all these the things you do?

Creativity needs an outlet, and this is mine.  I enjoy what I do, and I'm pretty sure I'll still be doing it for years to come.