A chain-smoking Angel and a mute Demon join forces and battle the legions of Heaven and Hell to stop a ten-year-old girl from becoming the Anti-Christ. 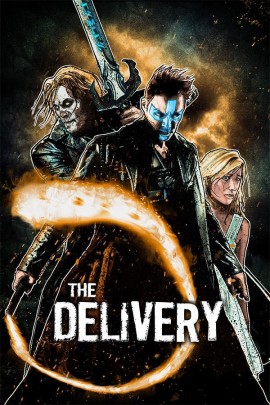 Click on the picture below to read his interview... 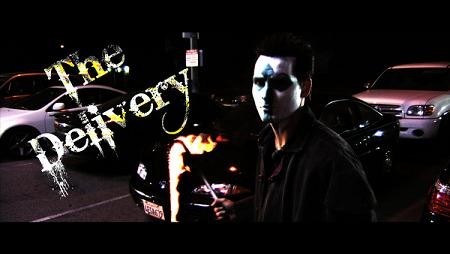 The first story is the actual project. That's the story of a surly, fire-whip-wielding Angel named Brother U and a mute, sword-toting Demon called Brother M.

...who become human, join forces and battle the legions of Heaven and Hell to prevent a ten-year-old girl from becoming the Anti-Christ.

It's a story with great action, awesome weapons, intriguing plot twists and plenty of laughs. It's a story with an entire universe of characters, each with their own unique abilities and individual personalities.

It's the story of ethereal entities learning what it's like to be human, and humans learning what it's like to be more than human. It is a story of hope and rules and conflicting interests that lead to ideal bonds. It is a series of comic books that could be joined into a single graphic novel. It is killer artwork. And, with your help, it could be the first issue of...

The second story is that of the creator. That's the story of a little boy named Rob...

...who created a comic book about Angels and Demons in his head because he couldn't draw to save his life. It is a story about years of development as the little boy grew to adulthood. It is a story of decades of looking for kind souls like Peter Facinelli and Dave Stewart who wanted to get involved as mentors, of sweet artists who might help bring mental visions to vivid color on the page, of understanding hearts who might bring a boy's dream to life. It is the story of a grown man not wanting to sellout his childhood vision, not wanting to let go of his dream, and now trusting his baby to a cyberworld where fans can be found and incentive packages can create art.

And you can tell them, "The good people at Teelaunch made it for me being a Little Angel (or Little Devil) who helped a boy make his dream come true."

And if you want to know more about the project's history (and how Peter and Dave came on board), here's a video to help:

Learn about accountability on Kickstarter

So far, we have had great success working with artist Joshua Chinsky to complete the panels used in this campaign. (His are the rates we used to determine our goals.) And with Peter and Dave guiding me, I do feel confident about meeting deadlines and successfully fulfilling our end of things. But there is no formal contract signed with Joshua. And as with any artistic collaboration, there is a risk of communication and specific details creating delays. There is also the risk of Murphy's Law, which tends to rear its ugly head on independent projects more than others.

What I can promise is that I will keep everyone up-to-speed on the status of the project via Kickstarter, Facebook and Twitter. I will not sacrifice quality to hit the deadlines, but I do feel like I have been pretty conservative in my time frame and that we will make it happen as stated in our campaign.

Pictures of a little sneak peek of the 'making of'

Take a look at the photo gallery for more pictures