review about 'the wilde wedding' written by robyn rudd

Peter Facinelli has played a number of remarkable and lovable roles trhu the years.

Carlisle Cullen on Twilight, Mike Dexter on Can't Hardly Wait and Dr. Fitch Cooper on Nurse Jackie that are a few of my favorites.

Peter has taken on this role with gusto!! You can tell that he has had fun with this role and enjoyed the cast as well.

What can I say about Ethan expect that he has a way with the ladies in a lightheaded. fun filled way. He will steal your heart as he has stolen mine.

Please be sure to watch Peter's latest movie 'Wilde Wedding', it's a real hoot!

review about 'loosies' written by Fiona

'Loosies' is an entertaining, funny and cute movie written by and starring Peter Facinelli, who many in the UK may recognise as Dr. Carlisle Cullen in the Twilight Saga franchise. I am a fan of many of his roles, one particular being Dr. Fitch Cooper on Nurse Jackie (A dark comedy about a New York City ER nurse addicted to presccription drugs). On this show his character is a likable 'golden boy', but under the calm facade, he hides a nervous compulsion dubbed 'Sexual Tourette's. I think Facinelli has brilliant comic timing, and is a talented actor who doesn't seem to get the recognition he deserves. From the All-American wonder jock Mike Dexter in Can't Hardly Wait, his portayal of Erik Weihenmayer in Touch The Top Of The World (An impressive and touching movie based on the true story of Erik Weihenmayer who was the first blind man ever to reach the top of Mount Everest), to the wondeful, compassionate Dr. Carlisle Cullen in the Twilight Saga - you can tell there is more to Peter Facinelli than just being 'eye candy', and Loosies is a fantastic start. His feature screen writing debut, in this movie Facinelli stars as a young pickpocket, Bobby, in New York City, handing over the spoils of his work day to Jax (Vincent Gallo), a Fagin to Bobby's Artful dodger, to pay off the huge gambling debt Bobby's late father left behind. But Bobby suddenly faces a dilemma that he couldn't have seen coming when Lucy (played by Jaimie Alexander who kicked ass as Sif in Thor) returns into his life and complicates his life further than he would have liked, telling him that after their one night stand a few months previous, she is now pregnant with his child. Bobby then struggles with the idea of impending fatherhood, the debt that is owned and a cop on a mission to retrieve his badge that Bobby lifted from him (played by Michael Madsen). Loosies, (Slang for a singly brought cigarette, and a nod to Bobby's commitment phobia) held my attention and won my affection. Despite Bobby's flaws, I feel for the character and want him to do well. The story drags you in and is well written. It's not a typical clichë, romance type story. Anyone who is sick of romance stories should still check this out - it's a hands-up winner in all categories. It has everything needed for a great movie and all those ingredients are mixed together seamlessly - the screenplay, the acting, the directing, the soundtrack .....everything.

It's just a brilliant movie! 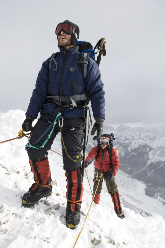 Touch the Top of the World is the amazing, true story of Erik Weihenmayer. the story follows his life from childhood; when he lost his eyesight due to rare disease, through his amazing climb to the top of the Mount Everest.

Erik's journey began very early in life when he was diagnosed with a genetic disorder that ultimatively led to total blindness by the time when he was 13. With the support of an amazing family, Erik never allowed his handicap to hold him back. His mom defiantly fought to keep Erik in school with his fellow students. His father encouraged him to remain physically activity. Erik went on to become a champion wrestler in high school.

He becomes an elemantary school teacher, even though he can't tell when students are raising their hands and falls in love with a fellow teacher , who loves him back.

In the wake of his sudden death of his mother, Erik and his family began taking climbing trips to keep their lives intact. Soon Erik was taking on greater challenges, included mountain climbing, while finishing college and starting his teaching career.

He was joinend by several climbing buddies, who risked their own life on this pursuit. Along the journey the team faced unbearably treacherous conditions, but Erik and his colleagues finally made it to the top of the world and Erik's final gesture at the top of Mount Everest, in memory of his mother, is really touching.

Her review about the movie:

There is only one word that I can think of that would describe this wonderful movie... INSPIRATIONAL!

I liked the way they went into the blindness finally overtook him, his mother was killed in a car accident. Heavy stuff for a young boy to overcome.

That makes that movie a cut above others of its kind. It is the fact that we often watch things through Erik's eyes when he was a child.

By the time he makes the Everest ascent his vision is restricted to light and dark, wavy or blurred lines and vague outlines of figures.

We see these images the same way he does. Peter Facinelli's performance consistently draws viewers into Erik's world as well.

The most notable scene finds Erik going to the junkyard to 'see' the wrecked car his mother died in.

As he is tearing up , he finds a piece of her jewellery on the dashboard and the memories that go with it.

In every scene Peter Facinelli shows us the way Erik does everdy things.

Peter removes the basic question "Will he make it?" He let viewers notice the details of Erik's life.

ARC is the story of Paris Pritchert (Peter Facinelli), who was unable to live in the shadow of his father, a police officer who died in the line of duty. To rebel against his father, Paris left the law enforcement behind. Paris turned to a life of crime as a drug dealer and junkie.

Similar to his father before, Paris becomes obsessed with a missing young boy.

He takes one last stab at redemption, as he tires to track down the missing young boy.

Growing out of the budding friendship of two people, with nothing to lose and everything to gain, Paris invovles Maya Gibbs (Raina-Simone Moore), an african american prostitute. The path of this unlikely pair crosses with the child's parents.

As he gets deeper into the L.A underworld, he firmly believes that he can only succeed his mission, if he stays high 24/7 and live long enough to see it through.

He slowly starts to uncover facts about whom and why the young boy was kidnapped.

The closer he gets to the truth the more he realizes his own invoment and those who are close to him. Itleads back to his dead father and a mystrious criminal with the painfully familiar sounding name 'The Wolf' 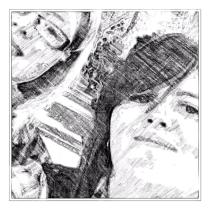 Well what can I say about this amazing show that hasn't

already been said! The season started off so powerful and straight to the point unlike other TV shows, every single week got more and more intense and had you sat at the end of your seat.

Even tho the three main characters all pointed back to the same storyline there was so many more little storylines going on in the season which made it even more gripping.

All cast and crew were amazing, the crew gave us all an amazing show that needed to be supported more by the station it was on. Each and every member of the cast were made to portray their characters and delivered every single week.

Anna Friel, Jake Robinson and Peter Facinelli were outstanding in their roles and I enjoyed that all their individual stories did come together at the end of the season.

Omar Ghazaoui and Sadie Sink were beyond amazing as the young actors of this show, they both showed powerful and emotional acting skills and I would have loved to see more of them in concluding seasons.

Overall the show was beyond outstanding !

Am I sad that we haven't got a second season?

Yes, I am, but I am glad we all got to experience this show for at least one season.

I just wat to thank the amazing cast for all the hard work they put in to this show for us fans ecspecially through those cold winter days in New York.

But I want to ecspecially say 'thank you' to Peter Horton, Adam Armus and Kay Foster for giving us this amazing show! 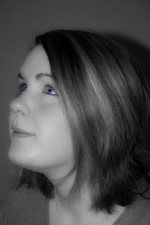 It was june 30th and a huge fan base of an outstanding show got the news that there won't be a scond season. That isn't really happening!?

Who made the decision to cancel American Odyssey?

It is a thrilling story fully packed with truly talented and outstanding actors, lots of drama, excitment, love, compassion, humor and it was always for sure that we will get a capturing story!

We were all fighting that the series will be renewed because it was an adventure to watch American Odyssey, but they still cancelled the show.

bad critic was rolling through the world wibe web;

WHAT ABOUT A BETTER TIME SLOT AND NOT AT THE TIME WHERE THE MOST OF WORKING PEOPLE ARE GOING TO BED.

WHAT? TV IS ALWAYS FICTION, OTHERWISE IT WOULDN'T BE TV, THAT'S THE REASON WHY WE ARE WATCHING TV TO DUMP INTO OTHER AREAS.

BUT THE STORY OF AMERICAN ODYSSEY HOW IT WAS TOLD WAS REALISTIC! IT IS HAPPENING!

WHAT ABOUT THE FACT THAT #AMERICANODYSSEY HAS BEEN A TWITTER TREND WORLDWIDE, SEVERAL TIMES IN THE U.S AND ALSO IN GERMANY AND THE UK.

never forget we are still here and we won't forget the amazing time we have had because of this genious tv show.

You brought fans worldwide together.

You gave us the feeling that fans are more important than money. You gave us something to talk about and seeing the world with other eyes.

It was like a good friend told us every sunday what's happening to him.

We wanted to help. We were feeling with them.

Thank you so much for a capturing, exciting and compassionate time!

I HOPE SO MUCH THIS JOURNEY ISN'T FINISHED!